Welcome to the wonderful world of Necesse. This game may seem slightly overwhelming but let me reassure you, the basics of this game can be learned quite easily.


When starting a new world or joining a multiplayer world for the first time you will need to create a new character we call The Player.


In new worlds, the player spawns in a Forest Biome island next to the house of the Elder, if the corresponding option was selected when creating the world. The Elder is your game guide and quests giver. He will provide useful and sometimes unique rewards for completing quests, so don't ignore him. 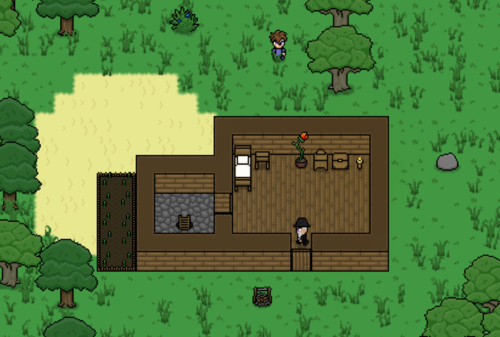 The player's default spawn point near the Elder's House.

The player's starting inventory includes a

Crafting Guide. In the Elder's house, the player will find a Workstation where they can craft their first equipment needed for the further exploration, such as

Torches. The Elder's bed can be used to set a spawn point inside the house. The player can also take all items from the Elder's chest:

Settlement Flag used to start a settlement. The flag can be placed on any terrain tile outside or inside the house. 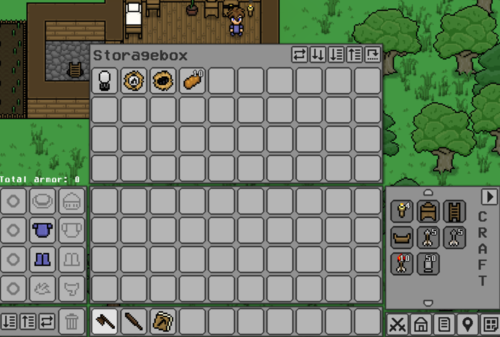 Once a settlement is formed, the player can build new houses and invite Settlers to join. The settlers will help to maintain the settlement by doing hauling, crafting, forestry, farming, husbandry, fishing, hunting tasks, as well as protecting the settlement from Monsters and Raiders. Developing the settlement is very important part of the game, since it will give you necessary resources for crafting and cooking. Also produced resources can be used for trading, this is the easiest way to earn coins in the game. 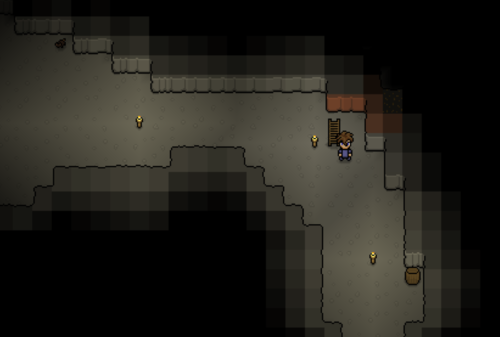 Starting in the forest caves.

There is a room in the Elder's house with a Ladder Down that provides access to the Forest Caves, which are the the primary starting point for adventuring in the game. Here the player can hunt Monsters and collect resources such as Equipment, Materials, Consumables and Objects. Resources from the caves will allow the player to craft better equipment, increasing their ability to fight stronger monsters and survive higher difficulty caves in other biomes.


Alternatively, the player can start exploration by using the Wood Boat to reach neighboring islands and villages, where they can find and take various resources from chests, cut plants in the fields to get seeds for farming or kill animals to get wool, leather and meat, as well as trade with NPCs or recruit settlers. 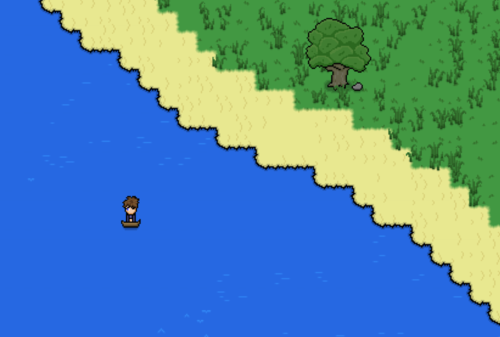 
This is not to say the player must progress in this order. The player may skip some areas entirely if desired, but some form of this order of progression will provide the player with a smoother progression. One progression lock, however, is that the deep caves are not accessible until the Pirate Captain is defeated.